Windows 10 Turns Up the Advertising to 11

It's happening—PCs are morphing into TVs, compulsory commercials included: 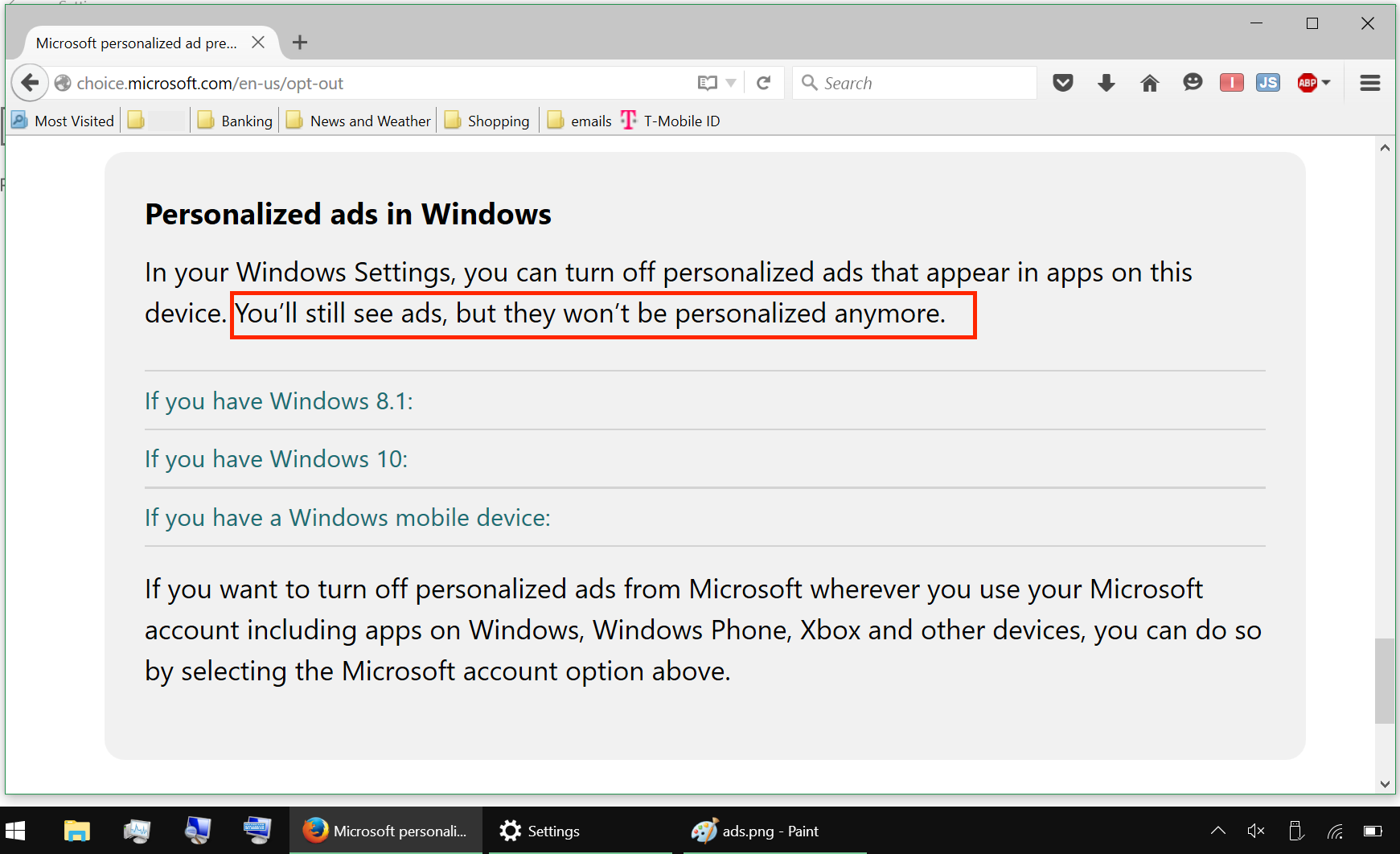 More examples here, here, and here. You can also be horrified at the Advertising Software Developers Kit here, sample the public outcry and outrage here, and find tips on desperately trying to plug the dam here. An advertising ecosystem is clearly coming soon to a Windows computer near you—if not already blooming on yours—in spite of widespread loathing, frustration, and disappointment.

It's a valid beef: after its Windows 8 and tablet fiascos that may have permanently damaged the PC industry, Microsoft's response seems a greedy exploitation of its monopoly; an agenda that's condescending and antagonistic towards its longstanding user base; and a mandatory-updates system that cripples devices and is completely under the control of a company which now views its existing customers as resources to be monetized.

And unlike TV, of course, Microsoft is also watching you. It already collects your usage data whether you want it to or not, and is making it more and more clear that it also wants access to the content of your personal documents. The latter is still optional today, but Microsoft has a habit or making the optional mandatory once the outrage wanes (see Windows 10 updates). Does anyone really believe that this company can be trusted with anything stored on its cloud servers?

In the end, public opinion probably won't hold much sway with a large, self-interested corporation that has enough money and patents to pursue bad business practices for decades. More usefully, there are still alternatives to Windows which can be had for a modest learning-curve investment. Other platforms have idiosyncrasies and issues too, including Macs (e.g., here and here), but the Windows story is quickly shaping up to be a showstopper for those of us who will always see our computers and their content as our property.

Update: The Windows 10 story just took an even darker turn, with Windows 10 S—a new version that locks out all programs not available in the Windows Store and approved by Microsoft, and essentially mandates use of the Edge browser and Bing by making them unchangeable defaults. The net effect forces users to the Store, Edge, and Bing, tools that nobody seems to want, but which promise to be massive points of control (and revenue) for Microsoft.

Read more about this developing story here. There's a shot of the FAQ here; the current version at Microsoft's site not surprisingly sidesteps the bit about being unable to change the Edge and Bing defaults. Whether to satisfy greed or evade prosecution, you can still run non-Store programs by switching to Windows 10 Pro for "an affordable price"—an extra $49 (for now), which includes a passive-aggressive reminder that you can't switch back.

This may be just a latest misguided and failed Microsoft initiative, of course. It's reminiscent of the stillborn Windows RT from the Windows 8 era, and as the preinstalled operating system on the consumer-focused Surface laptop seems a strange answer to Chromebooks with a much steeper price tag. But it's also monopoly on steroids, and might just herald the death of the Windows platform.

Update Update: In 2018, Windows 10 S morphed from separate product to "mode" for new Windows 10 systems. While the mode can be disabled, there is some incentive for OEMs to enable it by default. There's more about it on the web. Though still too early to call, Microsoft now seems to be hoping that masses of naive users won't go to the trouble of disabling the new mode—and will thus be duped into using a system that supports only apps from the Windows store, effectively mandates the Edge browser and Bing search engine, and treats customers like assets to be harvested. Such tactics might be dismissed as cynical, except for the fact that they work so well in iOS...